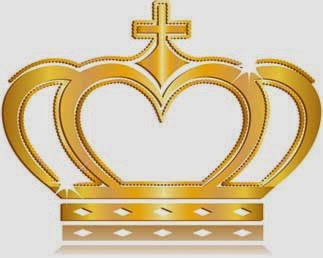 Today is Sunday, and it is the very first Easter!  It is the day after Sabbath.  That means the women that loved Jesus, could take the spices and perfumed oil and put them on His body.  Early in the morning, while it was still dark, three of the women, Mary Magdalene, Mary the mother of the disciple James, and Salome, went to the tomb. They talked among themselves about how they were going to get that huge, heavy stone rolled away from Jesus’ tomb so they could anoint His body.  Can you guess what they saw?  They saw the Roman guards.  Then, they saw a bright and beautiful angel, whose face was brilliant like lightening and whose clothes were as white as snow, coming down from, Heaven. As the angel was coming down, the ground began shake and the huge, heavy rock rolled away from the tomb.  The tomb opened up and the angel landed right on the large stone.  He sat on top it.  The guards shook with fear, and then they fainted!  The angel looked at the women and said, “Don’t be afraid!  I know you are looking for Jesus, Who was crucified.  He isn’t here!  He is risen from the dead just as He said would happen.  Come, see where His body was laid.  And now, go quickly and tell His disciples that He has risen from the dead and He is going ahead of you to Galilee.  You will see Him there.  Remember what I have told you.”  Wow!  Can you imagine how surprised the women were?

They were so delighted to hear that Jesus was alive.  They left right away and went to the disciples.  Peter and John went with them back to the tomb.  They did not believe what the women were saying.  When they got to the tomb, Peter went in first and John followed.  When they went in, they saw the linen wrappings lying there.  The cloth that had covered Jesus head was folded up.  They understood right then that Jesus was ALIVE!!  They understood that He really was Jesus, the Messiah.  They believed.  They were still a little afraid of the religious leaders and Roman soldiers, so they went home.  Mary Magdalene and the other women stayed.

Mary Magdalene stood outside of the tomb crying.  She was so upset that Jesus was not there.  She loved Him so much.  She went into the tomb to be close to where Jesus had been.  Now, guess what she saw!  Two angels!  One was sitting at the head, and the other at the foot where Jesus’ body had been lying.  “Dear woman, why are you crying?”, the angels asked her.  She told the angels it was because someone had taken her Lord away, and she did not know where they had put Him.
Mary Magdalene turned to leave.  She saw someone standing there but she was so upset about not knowing where Jesus was, that she did not recognize Him.  The man asked her, “Dear woman, why are you crying?  Who are you looking for?”  She thought it might be the gardener.  Remember, this tomb is in a beautiful garden.  She said to the man, “Sir, if you have taken Him away, tell me where you have put Him, and I will go and get Him.”

Then the most WONDERFUL, AMAZING, AWESOME, BEAUTIFUL thing happened.  The man simply said, “Mary!”  Mary Magdalene’s heart began to beat quickly, it even jumped around inside her chest.  She could hardly catch her breath and nearly fainted herself.  She was so happy and began to run over to the Man.  When the Man said her name, there was such a sweetness about the way it sounded.  There was such love in His voice.  She recognized this voice.  IT WAS JESUS!  When He said her name, it healed her broken heart.

Mary Magdalene was the first person to see Jesus after he rose from the dead. The disciples were still hiding in a room because they were afraid of the religious leaders and Roman soldiers. Mary went to tell the disciples that she had seen Jesus.  Later that evening,  Jesus saw the disciples.  He knew they were shook up by all of this, and He knew they were afraid.  He said to them, “Peace be with you.”  One of the disciples, Thomas, doubted that this was really Jesus risen from the dead.  He said to Thomas, “Put your finger here, and look at my hands.  Put your hand into the wound in my side.  Don’t be faithless any longer.  Believe!”  Thomas said with so much love, “My Lord and my God!”  He believed.  Jesus told him, “You believe because you have seen me.  Blessed are those who believe without seeing me.”

Jesus was talking about us.  All of us!  If we will just believe in Jesus and follow Him, we will have the power to live winning lives.  We can have victory in everything.  Jesus overcame the biggest enemy, death.  And, He leaves us this power to live lives of victory.  We just have to choose, Jesus.
Christmas, our biggest gift is that Jesus left Heaven to live here with us.  Easter, our biggest gift is that He died and overcame everything evil for us so we can live lives full of blessing, power and victory here, and forever with Him, in Heaven.  Thank You, Jesus!

Today is a day about victory and love.

All praise and glory and honor to You, Jesus. Thank you for your grace and mercy and love. Thank You that I can live a victorious life here on this side of Glory, and then an eternal life with you when I get to Glory. I do not have words that can express how much I love and adore You. But I give you my life, every area of it. I will serve you all of my days and be with you in Heaven all of eternity! Happy dancing here!!!! Happy Easter, Jesus! Happy Easter, God! And while we are at it, thank You Holy Spirit for coming at Pentecost and staying with us here until we do go to our home in Heaven. Thank you for teaching, directing, guiding and staying with me to help me truly walk in love and make my Heavenly Father known. Happy Easter Holy Ghost!

Drop me a line.

As iron sharpens iron,so a friend sharpens a friend. 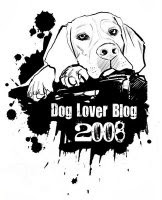 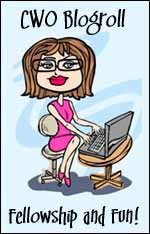 I am glad you came by. 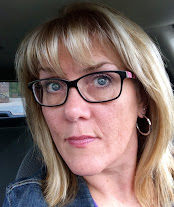 ...for stopping by my little piece of home space in the blogosphere. I hope that you found what you read here to be enjoyable and in some way added a little sweetness to your life. After all, Kind words are like honey, sweet to the soul and healthy for the body. Proverbs 16:24